October 13, 2011
Washington Kastles owner Marc Ein is to be honored with the DC Chamber of Commerce Business Leader of the Year Award.

Mark receives the award honor presented to an individual who has demonstrated the exceptional qualities needed in managing a successful business or organization. The honor also awards a recipient who possesses a proven record of business accomplishments, and demonstrates community engagement as a priority.

Ein is the Founder & CEO of Venturehouse Group, LLC, a technology holding company that creates, invests in and builds technology and telecommunications companies. He is Co-Chairman and Principal Shareholder of Kastle Systems, one of the nation’s premiere security firms. A native of the Washington area, Ein is also

Ein’s latest project, a joint venture with developer PN Hoffman and Madison Marquette, erected a new permanent home for the Kastles and began a development project set to transform the Southwest Waterfront.

Here's Mark to tell you about it.

Smith will receive the Chamber’s Choice Award, an award honoring a local business or entrepreneur with high visibility in the District and a history of achievements both professional and philanthropic. 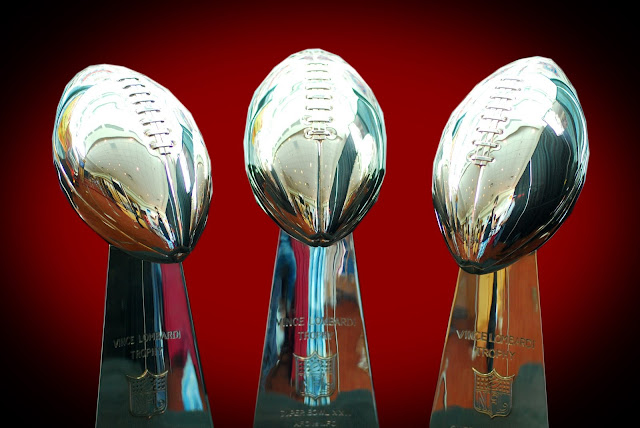 Redskin Super Bowl Trophies To Be Displayed In Richmond

As the team goes, so do the trophies. As the Washington Redskins football team has journeyed to the Commonwealth state for Training Camp 2013, their Super Bowl trophies have traveled with them. The Redskins unveiled their three Super Bowl trophies today at the Richmond Science Museum . The franchise won Super Bowls XVII, XXII and XXVI.  During remarks last week, Skins' quarterback, RGIII remarked that he would definitely "run two yards to get a touchdown" if the team were playing in the Super Bowl.   His remark came when about his development as pocket passer. " Because if it’s the second game of the season, you know, I think I proved how tough I am and the heart that I have on the football field and my teammates know that. But if it’s the second game of the season, and it’s third-and-four and I’ve got two yards I might just run out of bounds and slide, if I have to. If it’s the Super Bowl, I’m going to get those two yards. That’s just the way you have t

Out At Redskins Park: More Signings

The Washington Redskins signed free agent defensive lineman Vonnie Holliday. Holliday, 34, has played in 167 career games, with 144 starts, in 12 National Football League seasons with four clubs. For his career, he has recorded 572 tackles, 60 sacks, two interceptions, 38 passes defensed, nine forced fumbles and 11 fumble recoveries. Holliday (6-5, 285) spent last season with the Denver Broncos, where he played in all 16 games, with three starts, and registered 33 tackles, including five for loss, five sacks, two forced fumbles and one fumble recovery. Holliday joined Denver from the Miami Dolphins where he spent four years and started 59 of the 60 games he played. Prior to his stint in Miami, Holliday played two seasons with the Kansas City Chiefs (2003-04). The Green Bay Packers drafted Holliday in the first round (No. 19 overall) of the 1998 NFL Draft out of North Carolina. He would play and start 12 games in his first year, registering eight sacks and being named to the All-Ro

Watch the Ballou Knights tonight at 11 pm (EST) on PPV for the Mission Prep Christmas Classic . The Boys Basketball Team, 3-0, is in San Luis Obiso, CA participating in the Mission Prep Christmas Tournament . They've advanced to the championship game against the #9 team in the country Taft, of Woodland Hills, LA. Just three weeks ago, Ballou beat the #15 team in the country, Lake Clifton of Baltimore, MD. For insight, analysis and predictions click here .